Preimplantation Genetic Testing (PGT) is used to screen embryos for genetic or chromosomal disorders prior to transfer during in vitro fertilization (IVF). This testing allows the couple to make an informed decision about which embryo(s) to transfer. 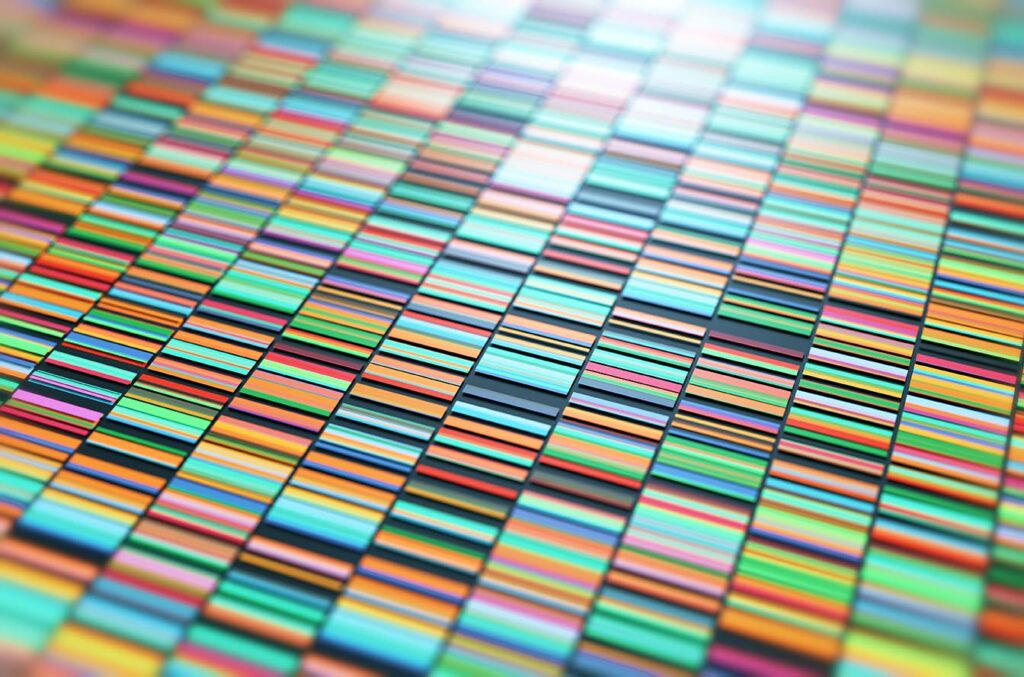 There are many different types of PGT that are used to screen for specific abnormalities.

Aneuploidy is the presence of an abnormal number of chromosomes (45 or 47, for example, instead of the typical 46). The effect of additional or deleted chromosomes varies, depending on the genes affected. Perhaps the most well-known chromosome abnormality is Trisomy 21, which causes Down Syndrome.

Each embryo that undergoes PGT-A will fall into one of three categories: euploid, aneuploid, or mosaic. This information can help your Inovi Fertility Specialist select the best embryo(s) for transfer.

PGT-M specifically looks for gene characteristics such as heritable genetic mutations carried by one or both partners. Common disorders that fall into this category are Cystic Fibrosis, Huntington Disease, and Muscular Dystrophy, among others. This test is also used to select embryos with certain genetic characteristics such as gender. If a couple has a previous child affected by a genetic disorder, PGT-M can be used to screen for the same disorder. The embryos that do not carry the disorder can be transferred back to the patient’s uterus so the couple can have a healthy baby.

These karyotype tests are thorough in evaluating chromosomes for abnormalities. Another type of testing called fluorescence in situ hybridization (FISH) used to be commonly used as a standalone genetic test, but as it is targeted to identify abnormalities in just the 13, 18, 21, X, and Y chromosomes, it is insufficient in giving a clear picture of present abnormalities.

For couples worried about passing on one particular abnormality that affects a single gene, polymerase chain reaction (PCR) testing may be recommended. This process can duplicate a single gene from a small sample many times, and it produces clear results quickly. PCR can screen for cystic fibrosis, Huntington’s disease, Tay-Sachs disease, sickle cell anemia, and more.

Comparative genomic hybridization (CGH) is an additional prenatal genetic test that can screen for learning disabilities, autism, and mental delays. This test is typically only recommended when one of the biological parents has one of these disabilities.

“NextGen” Sequencing is a faster, more cost-effective type of genetic testing than the traditional Sanger method. NGS allows for the collection of massive amounts of genetic data in just one day. While NGS is becoming more common, the Sanger method is still the “gold standard” of sequencing with 99.99% accuracy.

How does PGT work?

After the egg is fertilized in the lab during an IVF cycle, it matures for 5 days. On the 5th day several cells from the egg are extracted and the chromosomes and genes can be analyzed. During IVF without PGT eggs are transferred to the patient’s uterus 3-5 days after fertilization. But in the case of PGT eggs are frozen after the cells are removed for testing so they are ready for transfer once test results are known, allowing couples to choose the most viable embryos for transfer. The transfer will usually occur 1-2 months after testing or at a later date the couple chooses.

Should I have PGT?

While encouraged for all patients undergoing IVF, PGT is especially recommended for:

Does PGT improve chances of pregnancy?

PGT can definitely improve chances of pregnancy and, more importantly, the likelihood of a live birth. By producing information that allows your provider to choose the best embryos for transfer that do not have chromosomal abnormalities, Preimplantation Genetic Testing can help you achieve a successful pregnancy that results in a healthy baby.

get in touch with us

Get Started On Your Journey With Dr. Krotz