A Low Egg Count Can Signal Early Loss of Eggs

If you are thinking about pregnancy, your egg count can be victim to a silent robber as you age. Premature low egg count and poor ovarian response (POR) indicates a reduction in the quantity or number of oocytes and is a cause of infertility. Frequently this is due to hormonal imbalances such as high Follicle Stimulating Hormone (FSH) and low Anti-Mullerian Hormone (AMH). 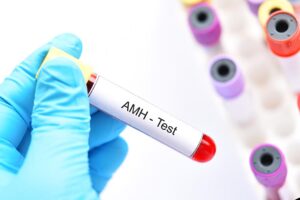 How Many Eggs Does A Woman Have?

According to the American Society of Reproductive Medicine, female fertility is known to diminish with age. This is based on the facts that the number of a woman’s oocytes (eggs) peak during fetal development and begin a progressive decline in each individual and do not regenerate. However, due to your body’s uniqueness, natural reproductive decline for one person may be different in another.

Since women are born with a fixed number of eggs it is important to be tested for low egg count as part of your fertility evaluation to determine if you may be at risk for conditions that affect ovarian function. Although as a woman ages her egg supply decreases naturally and is a normal process of her body, there are times where hormonal imbalances could speed the decline.

Am I At Risk For Low Egg Count?

You may also be one of the many women who already have experienced diminished ovarian reserve (DOR). This is typically classified as those with poor fertility outcomes even with assisted reproductive techniques (ART).

To make sure you are clear on the conditions and their definitions, the following helps to understand the differences between decreased or diminished ovarian function (DOR), premature ovarian failure (POF) and poor ovarian responders (POR):

Since your ovarian reserve plays a vital role in your fertility outcomes, it is important to undergo a through evaluation prior to any IVF treatment.

Diminished or decreased ovarian reserve (DOR) is a condition in women who have menstrual cycles but their response to ovarian stimulation is reduced as compared to women of comparable age. It is not the same as menopause or premature ovarian failure (POF).

In this condition, a woman’s ovaries become non-functioning or seriously in decline prior to the age of 40. The following signs and symptoms of POF are typical:

Since there are varying definitions of DOR, it is important to understand how we define this condition.

If you have two or more of the following, you are diagnosed with having DOR:

Although younger women do experience this condition, it is typically most common in women in their mid to late 30’s. Evidence exists showing that there is an accelerated decline in the follicular pool in women around the age of 37-38. It is believed at this time the amount reaches below 25,000 which is critically low and affects fertility chances. Therefore if you are younger and diagnosed with DOR, your chances of pregnancy may increase as recent studies point out that your quality and quantity of remaining follicular pool is not directly related to each other’s decline. You may have a decline in your follicular pool without a decline in the quality and is not necessarily always linked to your aging.

At Invoi we conduct several tests for ovarian reserve (ORT’s) that serve as indicators of your remaining supply and quality of eggs and ovarian function. Although these screen for conditions that could lead to more rapid and abnormal decline in quality and quantity of eggs, it is difficult to predict the pace of this decline and should be discussed thoroughly with your fertility team to make certain the outcome of the testing is clearly understood. These tests include:

Your follicles play a crucial role in producing estrogen and progesterone that maintain your menstrual cycle and contribute to reproductive health. Follicle Stimulating Hormone (FSH) produced in the pituitary gland plays a role in this by stimulating growth of the ovarian follicles. The FSH can be measured with either a blood or urine test or both.

Lab testing can be performed to determine if you may have symptoms that lead to this condition called decreased ovarian function. If diagnosed, this means your egg supply is partially or completely depleted and is determined through a test called Anti-Mullerian Hormone (AMH) testing.

If you are diagnosed with a condition that may cause you to have decreased ovarian function, a pelvic ultrasound could be ordered. In this procedure images are taken through the use of non-invasive ultrasound technology that emits ultrasound waves as it is placed on your body. This allows your fertility team to see pictures of your uterus, cervix, vagina, fallopian tubes and ovaries.

get in touch with us

Get Started On Your Journey With Dr. Krotz